Research at the Department of Physics

Physics represents a challenge for talented young people because it seeks to describe and explain the physical world around us, from the smallest particles of the substance to the farthest corners of the universe. It is the fundamental science about nature, and contributes to the development of other natural sciences and technology. Physics investigates the principles of the natural phenomena, including elementary particles and their interactions, collective phenomena arising from these interactions, the secrets of cosmic bodies, the relationship between matter and energy, material properties and their potential use. The study of Physics at the Faculty of Science includes classical physics, quantum and relativistic physics, as well as the development of modern nuclear and atomic physics, physics of condensed matter, physics of elementary particles, optics and photonics, biophysics and astrophysics. The study of physics carries the excitement through most recent research of the structure of the substance, from the constituent particles of the atomic nucleus to the cosmological level.

Scientific work of teachers and associates of the Department of Physics consists of the experimental and the theoretical research in solid state physics, nuclear physics and physics of elementary particles, atomic physics, astrophysics, optics and photonics, biophysics, medical physics. Professors and Associates of the Department of Physics are engaged in philosophy and history of science, as well as problems of educational physics at elementary and secondary schools. The Department of Physics is in the possession of a very modern scientific equipment: new devices for nuclear magnetic resonance of solid matter, (200 kV electron microscope, X-ray diffractometer, SQUID-superconducting quantum interference device, a microwave, a central computer is connected with work units and personal computers in each lab and teaching room, super-fast computer, etc.).

The theoretical research is performed in the field of elementary particle interactions in the framework of the Standard Model (SM) and its generalizations, in astroparticle physics and cosmology, in classical and quantum gravity and in theories of unification. Investigations of symmetries in the electroweak sector, such as CP violation and lepton number violation, give an insight into directions in which the SM should be generalized, and simultaneously call for new particle degrees of freedom which provide cosmological dark matter candidates. Perturbative QCD is used for the description of hadronic properties in terms of quarks and gluons and (generalized) parton distributions. Nonperturbative QCD is treated by means of coupled system of Schwinger-Dyson and Bethe-Salpeter equations in vacuum and at finite temperature. Microscopic origin of black hole is studied within conformal field theory which is expected to be valid near the horizon. Alternative study relies on the string theory, which is believed to be a consistent theory of quantum gravity. Experimentally contributions of gluons and sea quarks to proton spin in collisions of polarized proton beams are probed at energies where Quantum Chromodynamics (QCD) can be applied perturbatively to describe hard nucleon collisions. Origin of the big transverse spin asymmetries in forward neutral pion production is studied in measurements with transversely polarized proton beams at RHIC accelerator.

Theoretical studies are mainly focused toward nuclear structure and nuclear astrophysics, aiming to describe finite nuclei and nuclear matter starting from the fundamental understanding of effective nucleon-nucleon interactions. In particular, these include the development of a microscopic theory of nuclear structure based on covariant energy density functionals and effective field theory, the description of the structure of exotic nuclei far from the valley of stability, the investigation of the connection between non-perturbative QCD in the low-energy limit and the rich phenomenology of the nuclear many-body system, studies of exotic modes of excitation in unstable nuclei, and the modeling of weak-interactions of neutrinos and charged leptons with nuclei and their role in astrophysical processes. Experimentally hadronic systems are studied in medium and high energy accelerators, with the aim of studying the formation and characteristics of quark-gluon plasma, which allows understanding of the early universe, and better understanding of nucleon-nucleon interaction through the hypernuclear program. Electroproduction of hypernuclei allows spectroscopy of nuclear levels affected by the presence of strangeness, which closely connects the experimental knowledge about the nucleon-hyperon interaction with existing knowledge of the nucleon-nucleon interaction. 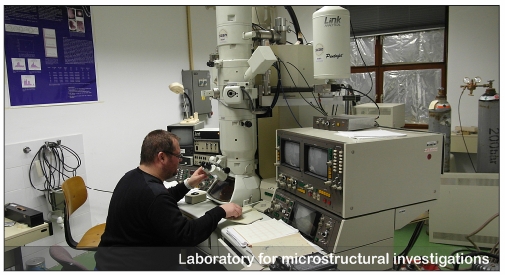 New materials are being developed and investigated, characterized by low dimensionality and special structures at the nanometer scale, as well as being dominated by quantum effects. Their conceptual interest and possible applications put them in the focus of interest of the world scientific and technological community. Efforts are made to control the whole research process, from sample synthesis to measurement and interpretation of results, and back, with the aim to advance fundamental understanding of their topological, structural, thermodynamic, electrical, microwave and optical properties. Materials research is grouped in three main directions: spin (magnetic) response, charge response, and effects of nanostructure or disorder. Investigations of nanomagnets encompass magnetic nanoparticles, single-molecule magnets and magnetic clusters within non-magnetic matrices, to improve understanding of the influence of parameters and of macroscopic quantum tunneling. Investigations of systems with spatial and dimensional restrictions encompass the electrical, magnetotransport and magnetic properties of layered metal nanomagnetic structures (spin valves), dilute magnetic oxide systems, organic chain conductors and anorganic chain and ladder oxide systems. Microwave investigations of low-dimensional systems are aimed to understand the fundamental parameters of strongly correlated electronic systems, in particular high-temperature superconductors. Nanostructured materials are prepared by modern methods, and are being investigated by x-ray and electronic diffraction, as well as by high-resolution electronic microscopy. Investigations of electromagnetic properties of nanomaterials encompass the most interesting ones, such as high-temperature superconductors, amorphous and nanocrystalline metal-metal alloys, and organic conductors, with a view to understand the role of synthesis parameters on nanostructural details, and the influence of electronic correlations on electric, magnetic, and thermodynamic properties. Theoretical investigations are focussed on the understanding of behavior of high-temperature superconductors in the same three groups of measurements, and on the elucidation of the mechanism of high-temperature superconductivity. Electronic and optical properties of artificially fabricated systems of low dimensionality and nanoscopic size are also under investigation (electronic structure and excitations of thin metal films and heterostructures, tunneling and electronic current in nanostructures, the structure and mechanical properties of nanoparticles and nanowires, etc.), with an aim to elucidate their fundamental properties. The Department of Physics is also the coordinator of the SOLeNeMaR project within the 7th framework program of the EU for research and technological development. The project aims to introduce the experimental technique of nuclear magnetic resonance for solid state physics as a highly valuable technique to investigate the local properties of all the above-mentioned materials

In atomic and molecular physics and plasma spectroscopy current research is oriented towards determination of atomic interaction potentials, specifically - interactions between two neutral atoms and also between neutral atoms and electrons and/or ions. The details of atomic interactions are determined measuring the shift and the width as well as the shape of atomic and molecular lines. Experimental results give shift and broadening parameters which could be compared to the corresponding theoretical data. Experiments comprise laser spectroscopy and classical spectroscopic techniques and methods. Theoretical studies of nonlinear phenomena and wave dynamics in photonic systems encompass the effects of wave coherence on nonlinear phenomena such as solitons, modulation instability, and wave dynamics in general. Nonequilibrium dynamics of exactly solvable one-dimensional models such as the Lieb-Liniger and Tonks-Girardeau models, which were recently experimentally realized with ultracold atoms in tight atomic wave guides, is aimed at better understanding of nonequilibrium phenomena and providing benchmarks for versatile approximations. A recent topic of interest focuses on the optical properties of graphene and its possible use for plasmonics. Research in astrophysics is devoted to the topics of stellar structure and evolution. In particular, emphasis is given to an empirical probing of the recent theoretical evolutionary models which incorporates the effects of rotationally induced turbulent mixing of stellar material. The final goal is to trace chemical evolution of the components in close binary stars. 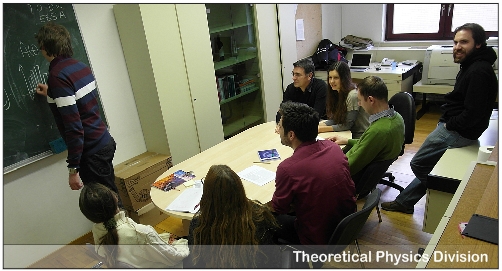 Neurobiophysics research aims at examining cognitive neurodynamics of face processing using magnetoecephalographic (MEG) measurements and numerical simulations to obtain insight into cortical dynamics of sensory and cognitive processes of the human brain. The analysis of auditory neuromagnetic responses is used to examine to what extent conditions such as Mild Cognitive Impairment (MCI) and Alzheimer's disease (AD) induce the changes in the cortical dynamics of the auditory cortex and if they can be used a pre-clinical biomarker. In the field of bioinformatics, investigations of chromosome specific higher order repeats (HORs), very large repeats (tandem and dispersed) and duplicons in human genome are performed using our new computational method Global Repeat Map (GRM) based on Key String Algorithm (KSA), which is more robust than the standard bioinformatics methods, thus enabling discovery of new, as yet unknown higher order repeats. These results are used for new insights into evolutionary genomics and medical genetics.

Physics education research is focused on diagnosing of student difficulties in physics learning, assessment of the level of student conceptual understanding which is typically achieved through instruction and the development of constructivistically oriented teaching materials. Historical and philosophical studies are concerned with a variety of topics pertaining to the development and role of physics in Croatian society and the interpretation of quantum mechanics.