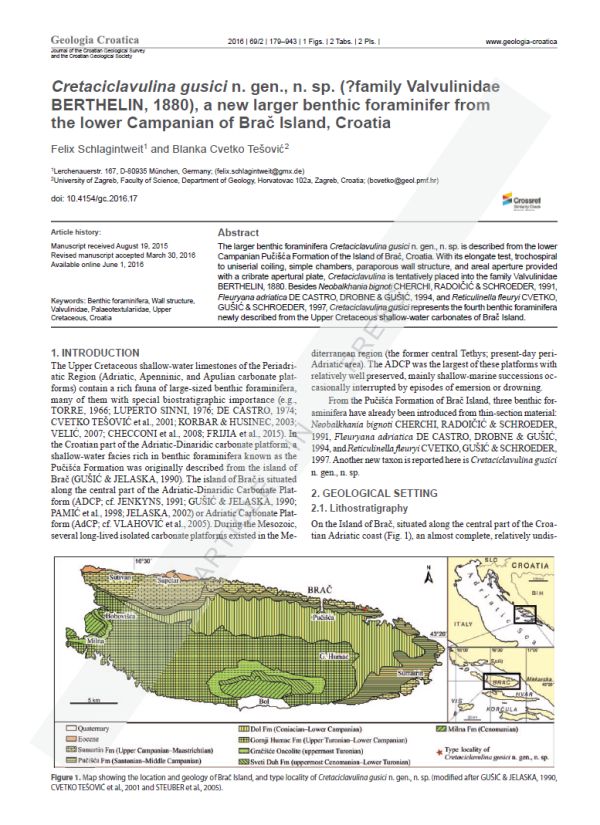 ... and another (unexpected) one 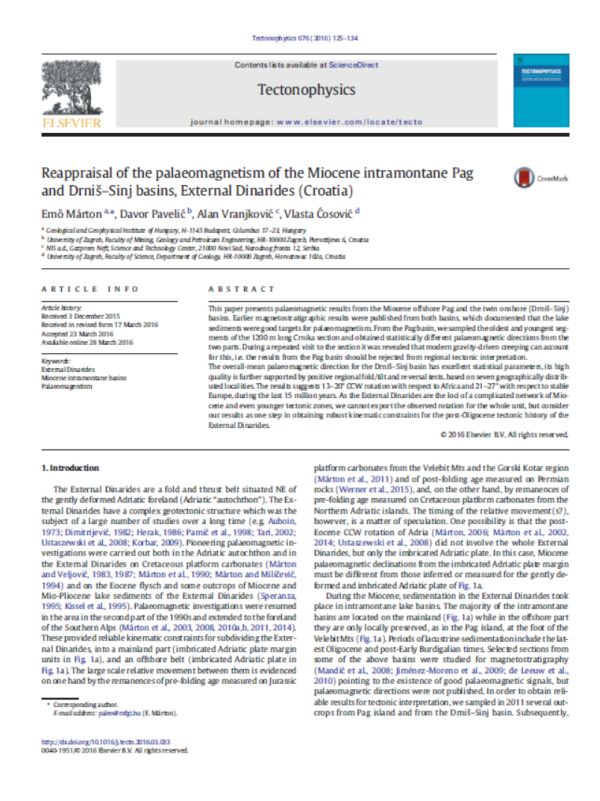 The "back-to-back" scientific visit to the Institut für Mineralogie und Kristallchemie, Universität Stuttgart (see previous post) for four-day (and night) measurements on Cameca SX-100 microprobe resulted with numerous images, point analyses, ages etc. The improvement of specific analytical skills regarding various type of instrument use and settings together with in situ U-Th-Pb age dating of accessory minerals (mainly monazites)  significantly contributes to the goals of our project. 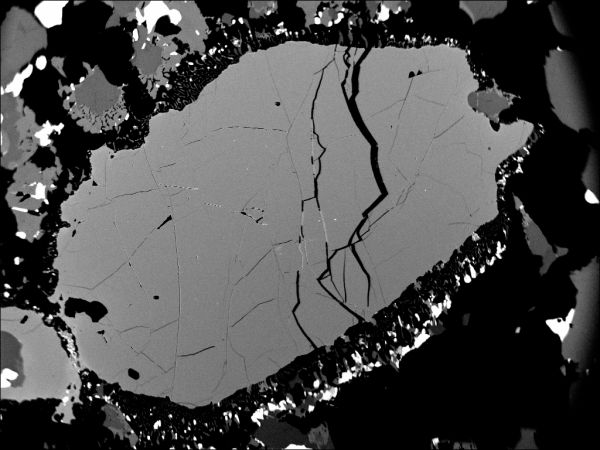 Although the primary purpose of ad hoc visit was to perform joint Perple_X calculations on stability field(s) of alkali amphibole in our Slavonian samples - that was the problem that preoccupied and quite annoyed us for the last several months - HJM managed to prepare the following talks for the project members, students (mainly PhD level) and colleguaes.

BTW  the “riebeckite problem” in our pseudosections is solved. 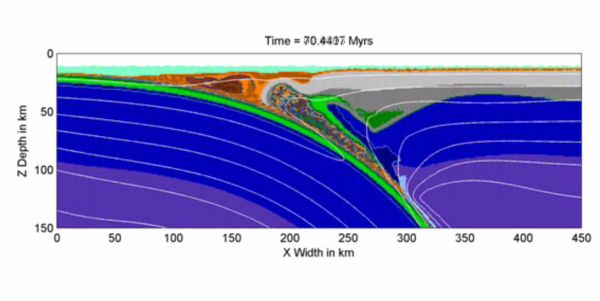 How do continental plates collide? The controversy between numerical modeling and petrological results 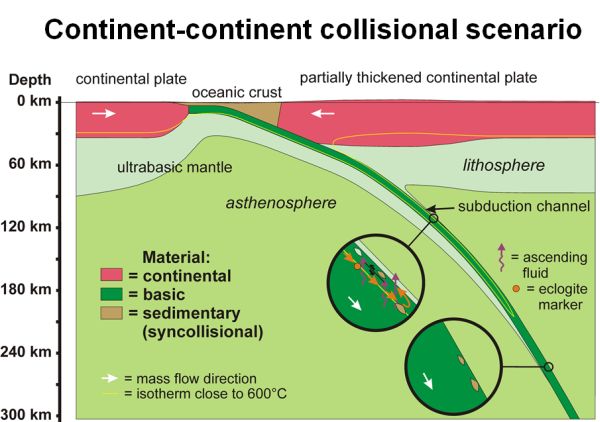 Problematic is, however, the orogenic process directly after the complete subduction of the oceanic plate, i.e. the processes during the contact of the colliding plates and shortly after. In principle, two end-member scenarios are conceivable both involving the separation of the downgoing oceanic plate from the adherent continental plate. This separation is explained by buoyancy forces of the continental plate which is relatively light compared to eclogitized oceanic crust and (dry) ultrabasic mantle.

At the beginning of continent–continent collision the descending plate dehydrates. The influence of this dehydration on the adjacent lithospheric mantle was studied with pressure (P), temperature (T) and T-H2O pseudosections calculated using the computer software PERPLE_X. These pseudosections were contoured by isopleths, for instance, for volumes of amphibole, chlorite, and serpentine. In addition, P–T pseudosections were considered for four psammopelitic rocks, common in the upper portion of the continental crust, in order to quantify the release of H2O in these rocks during prograde metamorphism. On the basis of the above calculations, different collisional scenarios are discussed highlighting the role of hydrated lithospheric mantle. 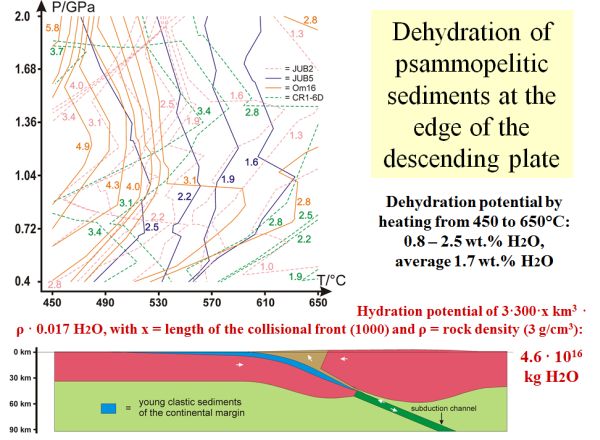 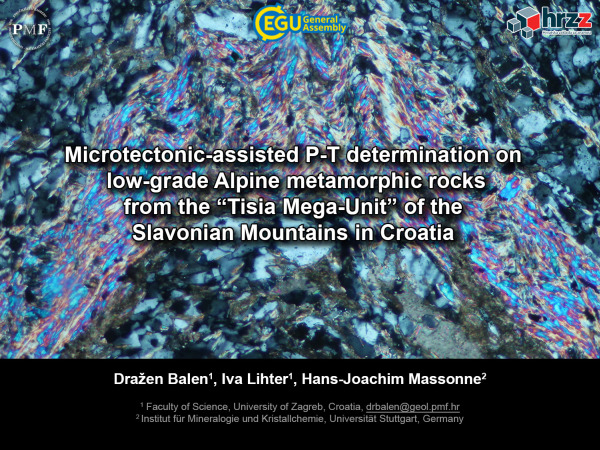 Oral presentation and numerous scientific contacts achieved in the Vienna. Even performed some experiments and fixed future co-operations with scientists from University of Vienna, Stuttgart and Bratislava. Presentation was under the title:

Few images outside well-known venue (taking photos inside is not allowed):

This spring field season starts and "continental" teams were deployed to Banovina, Moslavina and finally to prospection and reconnaissance trip in the central Bosnia. Since we are busy with preparation for EGU talk and while we are waiting for first scientific paper to be published update on blood, toil, tears and sweat (I am not kidding for a change, we did manage to destroy bunch of equipment, car parts and hurt ourselves on several extreme occassions) will wait a bit.

Since than, peek preview on magic Bosnia, more to come after Vienna:

UPDATE in the Field work section 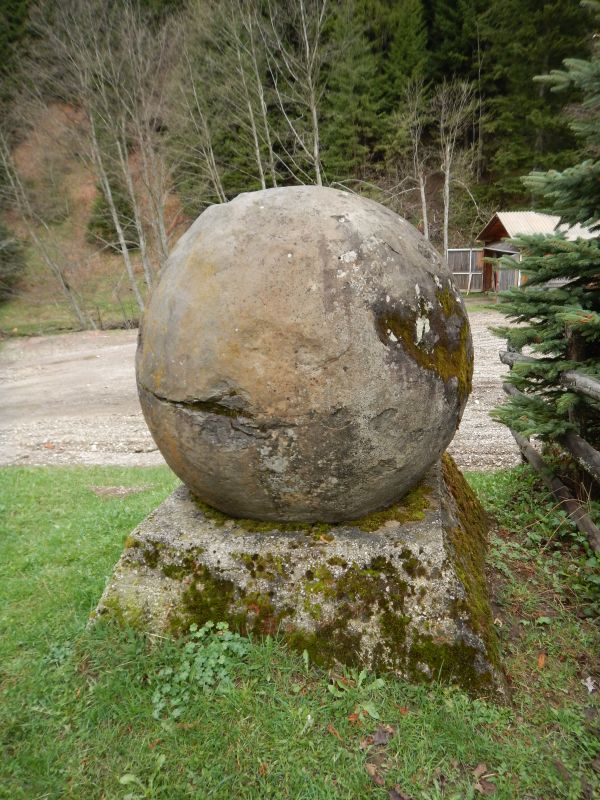 Mineral that tells a tale

After almost half of year long trial and error attempts we managed (thanks to brown eyed girl - student Petra Schneider and firm hand of our lab wizzard Frane Marković) to separate a bunch of tiny zircon crystals from Cretaceous Slavonian red (hematite-bearing) granite. The small crystals are really minute (pass through 63 micrometers sieve) and quite temptation for our separation abilities. Crushing, sieving, heavy liquid procedure, magnet & home-made electromagnet based separation accompanied with final hand-picking using binocular lenses. However, in the near future we will have material for serious analyses in order to detect final geodynamic processes in the area during Cretaceous.

Petra works further on crystal morphology (zircon typology) which will be first step on the long way. What can be done with zircons you can read on www.wired.com popular science blog by Erik Klemetti.

How Tiny Crystals Can Tell Us the History of a Continent

Under the Volcano: How Crystals Record the Hidden Life of Lassen Peak and Chaos Crags

Or look movie at Science Bulletins: Zircons—Time Capsules from the Early Earth 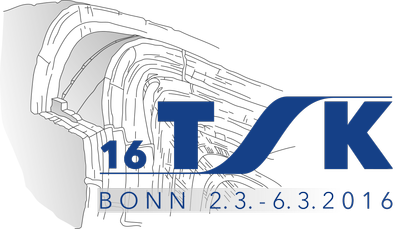 "TSK, held for the first time in Tübingen in 1986, has a focus on tectonic processes. As the study of tectonic processes is by nature interdisciplinary, contributions from a wide range of disciplines dealing with tectonic processes are encouraged: structural geology, sedimentology, geophysics, metamorphic and magmatic petrology, geochronology, geomorphology, geodesy ... " 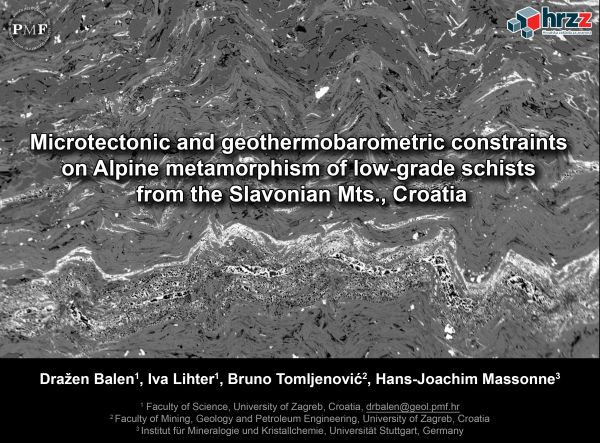 Our group presented new data on P-T conditions and metamorphic ages during Cretaceous evolution of metamorphic complexes in present Slavonian Mts. Talk given by head of project was warmly welcomed by the audience. Title of the talk:

A few images from Bonn and fantastic venue at Poppelsdorfer Schloss: 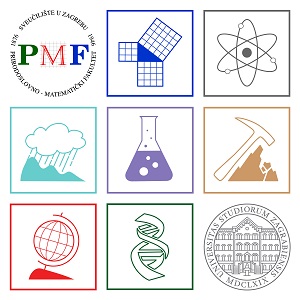 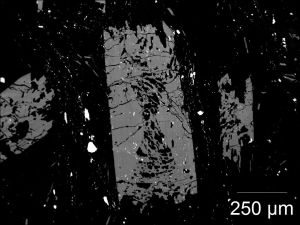 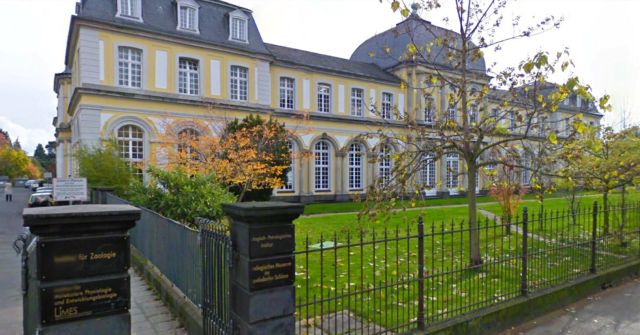 Meeting folowed by vivid discussion of project members in the lecture room of Division of Mineralogy and Petrology pointed out the highlights of first half year of the reasearch. Short talks about developments on work of "platform", "basin" and "crystalline" groups were presented by Maja Martinuš, Borna Lužar-Oberiter and Dražen Balen.

Age dating story of Alpine accessory minerals starts here as ... "The beginning of a beautiful friendship". U-Th-Pb age dating on Cameca SX-100 electron microprobe shows everything that we hope for. Well, not exactly a wish-list for Christmas, but one that is close enough!

View of computer screens during measurement on the electron microprobe 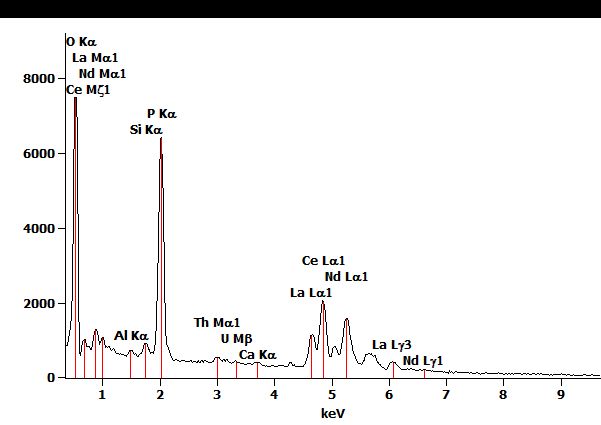 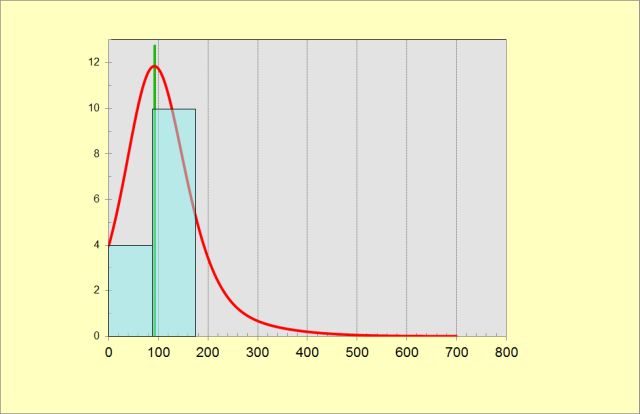 Laser beam is on - "May the Force be with us" 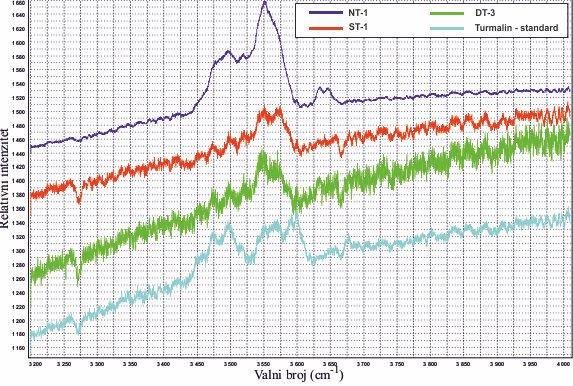 That follows the set of previously conducted IR spectroscopy experiments. Specific parts of IR spectra point to the water content in mineral structure which is of crucial importance from the aspect of igneous evolution during Cretaceous period in the present Pannonian Basin basement. Hopefully, details of petrogenetic evolution will shed light on the geodynamics in this period.

Glimpse of the IR spectra can be seen below: 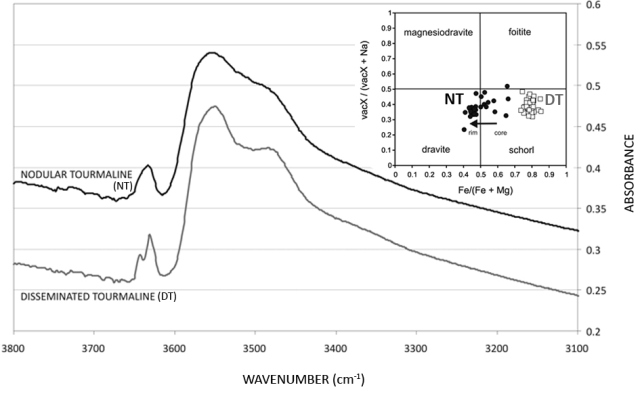 What is common denominator?

The small (big) ones

First thin sections and analyses from carefully selected outcrops at Brač Island gave us absolutely fantastic results! Important catch of our “small-beast hunter” (BCT) exposes newly discovered benthic foraminifera from the Lower Campanian of Brač Island. Hopefully, newly discovered foraminifera will enter in publication process soon. Some of them are named in honor after our noticeable geologists (Ivan Gušić and Vladimir Jelaska). Up to the end of September we should have:Rectochrysalidina gusici n.gen. n.sp.,  Lituolipora? jelaskai n.sp.,Cribrovoloshinovella n. gen., n. sp.?! and perhaps new orbitolinids. The hunt is still on. 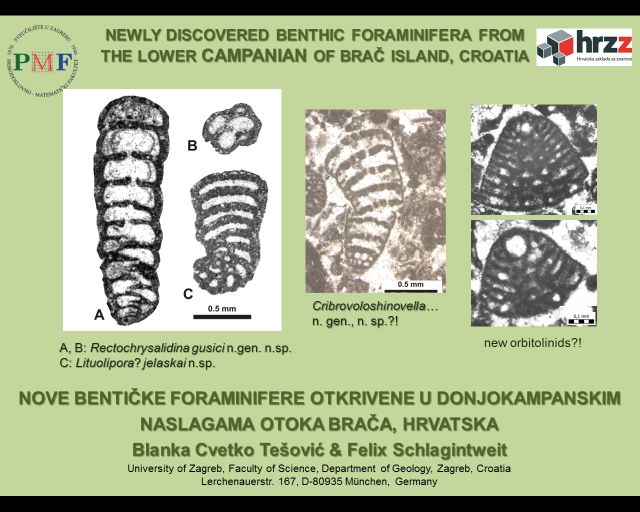 First presentations are just behind us. Some team members are still on the road. We are all tired but also excited. Impressions - quite OK, fine, excellent...: 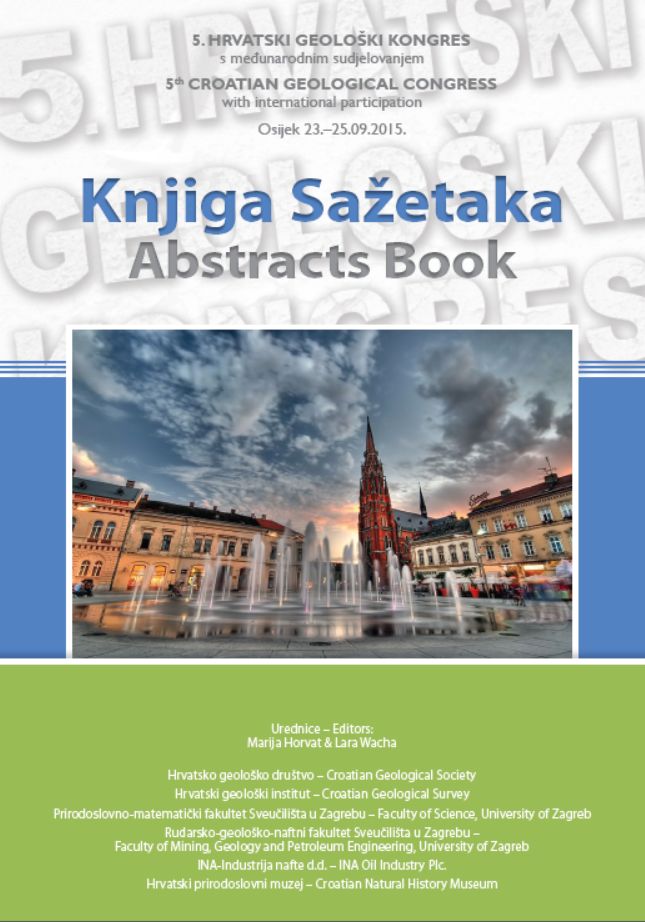 The principal investigator of GEOPROOFS project prof. dr. Dražen Balen will give a keynote lecture at 5th Croatian Geological Congress (http://kongres2015.geologija.hr/). The lecture is entitled “Repetitio est mater studiorum: Do the orogeneses repeat their P-T patterns through the metamorphism in the Slavonian Mts. (Tisia Mega-Unit)?” and among other data will present the first results of ongoing Croatian Science Foundation (HRZZ) project in a part regarding Alpine event. 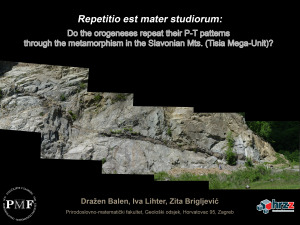 This work has been supported in part by Croatian Science Foundation under the project IP-2014-09-9541.

Photos and first results soon. Who survive will blog and/or tweet!

Kick-off meeting of project HRZZ IP-2014-09-9541 „Cretaceous GEOdynamic PROOFS in the Dinarides and Pannonian Basin“ held on July 2nd at Division of Mineralogy and Petrology, Faculty of Science.

A few images from meeting: